Reports on trains in Miller-Knox, Terminal One project on PRNC agenda Wednesday

POINT RICHMOND - The Point Richmond Neighborhood Council will hear reports on BNSF railroad's plans to run trains along the shoreline of Miller-Knox Regional Park and an update on the Dornan Drive-Brickyard Cover Road Terminal One housing project Wednesday. 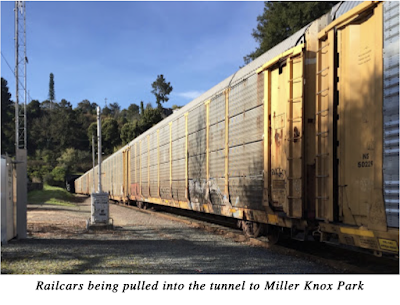 The PRNC meeting begins at 7:30 p.m. at the Community Center in Point Richmond and is open to the public.
The BNSF train update will be provided by Eric Zell and is set to begin at about 7:50 p.m.
The PRNC's last update on the ongoing trains-in-the-park situation was in July.
The update on Terminal One will be from Brian Lewis and Jeff Vines of the Brickyard Cove Alliance for Responsible Development (BCARD).  The presentation by the BCARD members should begin about 8:15 p.m.
The BCARD presentation will likely include comments about the proposed lack of public parking alone the shoreline of the development, information on ongoing attempts to clean up the toxic areas of the site and City of Richmond plans to help fund certain portions of the project. 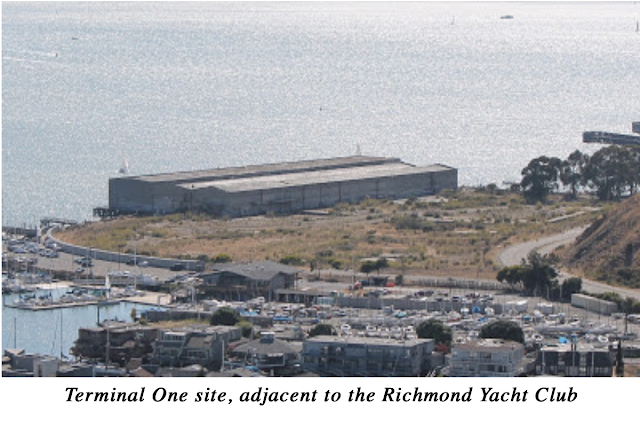 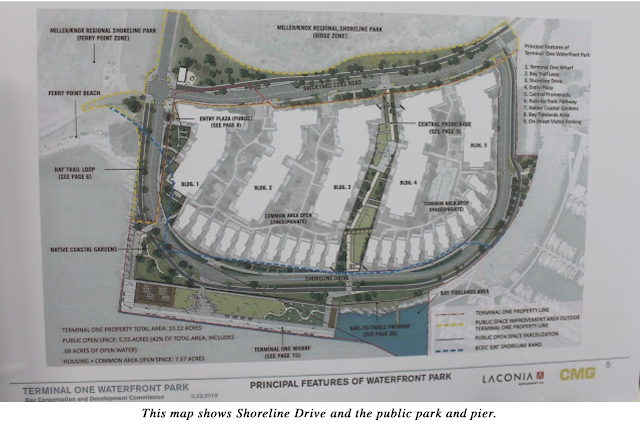 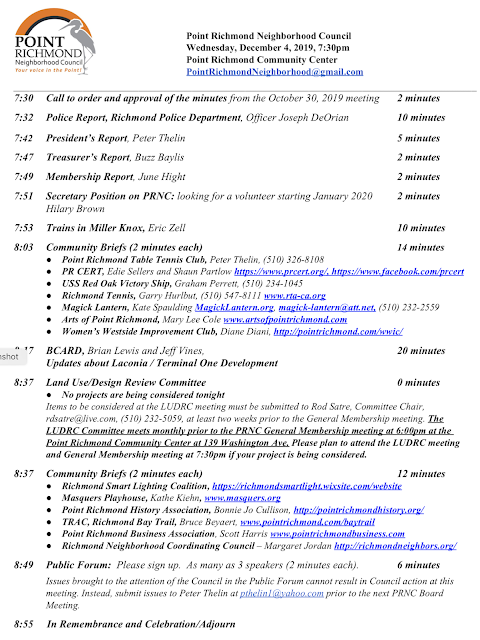 Posted by Michael J. Fitzgerald at 1:36 PM No comments: