RICHMOND - A months-old debate over what needs to be done to make Seacliff Drive less dangerous is expected to be a major part of Thursday's Richmond City Planning Commission meeting. 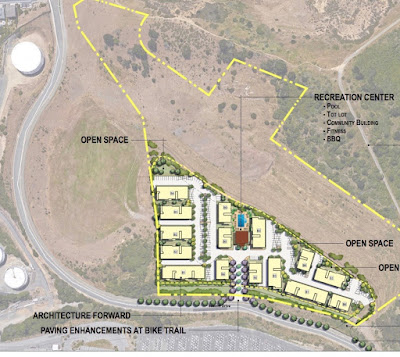 The meeting begins at 6:30 p.m. in the City Council Chambers, 440 Civic Center Plaza.
The planning commission will be holding a public hearing - and taking public comments - on the draft environmental impact report for the Bottoms Quarry residential project. The 200-unit development is proposed by the Las Vegas firm of New West Development and has been scaled down from the original design of 270 units.
Since the project was first reviewed by the Point Richmond Neighborhood Council, citizen concerns about Seacliff Drive's safety and traffic issues have been voiced at every meeting.
The road was originally a fire road, then an emergency vehicle access, members of the Brickyard Cove Alliance for Responsible Development have said at PRNC and city meetings.
"Seacliff Drive is categorically unsafe in its current configuration," BCARD's Jeff Vines told the Richmond Design Review Board Sept. 13.
Although citizen testimony at that DRB meeting strongly urged that the city consider major repairs and/or re-engineering of the curving road, the draft EIR only recommends better signage, new striping on the road and shrinking the traffic lanes to 11 feet with three-foot shoulders.
City planning staff have indicated they believe narrower lanes would help slow traffic.
Another citizen recommendation - putting in a left-turn lane for vehicles entering the development - is not among the safety recommendations (See Seacliff Drive Safety Improvements below).
But the issue is still expected to be a big part of discussions at the planning commission meeting after Richmond city officials and Point Richmond residents did an on-site review of Seacliff Drive last Thursday.

The group agreed that an engineering plan should be drafted for a left turn lane, to ensure safer passage for through traffic.
But New West Development's Todd Floyd indicated New West is not supportive of the idea of a left turn lane.
"Although I understand your reasoning, I'm going to follow the EIR's Traffic Analysis which does not recommend installing a Left Turn Pocket," Floyd said in an email to BCARD.
"We're not shutting the door to your suggestions ... the EIR is the process by which the City's traffic expert analyzes a project's impacts and determines the appropriate improvements that a project should undertake.
We therefore are abiding by the process and at this time are following the guidance of the City's Draft EIR Traffic Study."
The final word on that guidance - and whether a left turn lane should be required as a safety measure - is up to members of the planning commission and/or the Richmond City Council as the project winds its way through the city approval process. A list of city planning commission members (from the City of Richmond website) is below.
The full draft Environmental Impact Report on the project can be found here: DRAFT EIR FOR QUARRY PROJECT.
Questions about the EIR can be directed to city planner Lina Velasco via email LINA VELASCO or by calling the planning department at 510-620-6841.
Below are the Seacliff Drive safety improvements as currently listed in the draft EIR for the Quarry project. 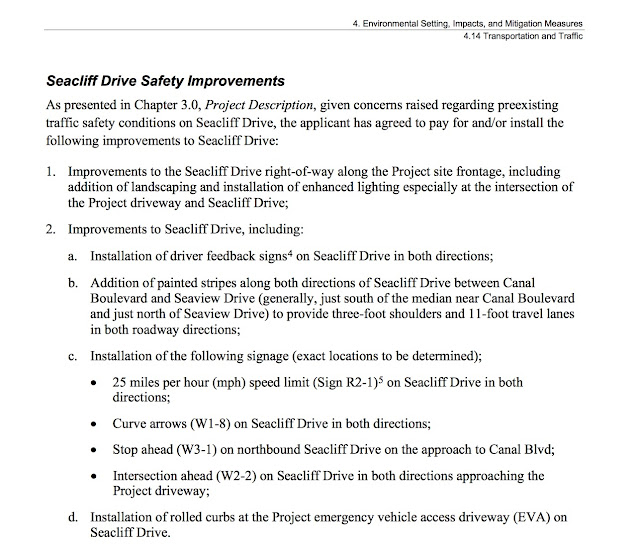 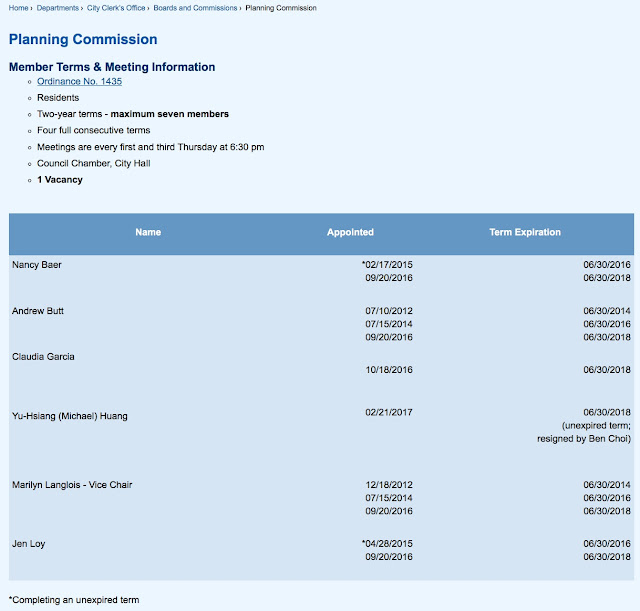 Posted by Michael J. Fitzgerald at 10:21 AM No comments: