POINT RICHMOND - The Point Richmond Neighborhood Council is considering establishing a special committee to review traffic and parking in The Point.
At an April 3 meeting, PRNC board members decided to put the issue on the April 26 agenda for the full council. The proposed committee would report to the PRNC board and the community at large.
How to join the committee and details about the committee's responsibilities are expected to be part of the discussion at the April 26 meeting. 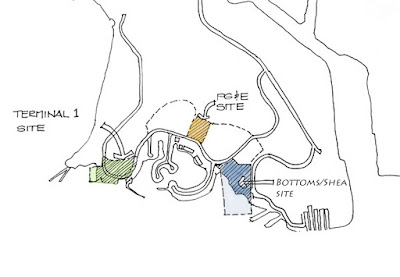 Traffic and parking issues have been discussed several times in recent PRNC sessions as concerns - both from the City of Richmond and residents - have been growing with the new housing developments that are likely to come on line in the next year.
Terminal One, a 323-unit development at the south end of Dornan Drive (shown on the left in the diagram) and Shea Homes 60-unit complex at the south end of Seacliff Drive (on the right) have the green light from Richmond officials. Shea Homes is already beginning construction. Terminal One has had surveyors out for the past week.
Traffic estimates from those two projects say there could be as many as additional 3,000 vehicle trips per-day generated, some of which will likely impact parking in the downtown business district.

Another complex that will add to the area's traffic burden - if it wins city approval - would be the 270-unit Bottoms Quarry project proposed by New West Development Corporation of Las Vegas, Nevada. It would be built off Seacliff Drive close to Canal Boulevard.
New West officials say they won't know how many vehicles the development will add to the traffic count until a full traffic analysis is conducted as part of the environmental impact report process.

The PRNC board unanimously agreed this month to roll back the starting time for future PRNC meetings from 7:30 p.m. to 7 p.m. each month. 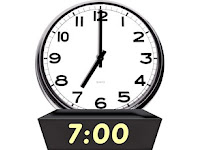 The new beginning time starts with the Wednesday, April 26 meeting at the Community Center in Point Richmond.
"The board felt that starting a half-hour earlier would enable the meeting to cover the presentation and discussion of agenda items more effectively," PRNC first vice president Jordan DeStaebler said,
"As of late there often has not been sufficient time to adequately cover topics of concern to the community."