Terminal One meeting Saturday at the RYC

POINT RICHMOND - The first of two public meetings on the proposed 14-acre Terminal One waterfront project on Dornan Drive will be held Saturday at the Richmond Yacht Club.
The meeting is expected to be an informational session about some significant design changes developers have made to the proposal.
The meeting begins at 10:30 a.m. and is open to the public.
The RYC is located at 351 Brickyard Cove Road and is adjacent to the property of the proposed Terminal One project.
Wednesday, Nov. 8), there will be another Terminal One meeting, a public hearing conducted by the City of Richmond's Design Review Board.
That meeting begins at 6 p.m. in the multi-purpose room in the basement of the Richmond Civic Center Plaza.
The DRB will be listening to public (and developer) testimony as it considers a design review permit for the project.
The 316-unit, mostly residential project includes plans for condos as well as single family homes, a waterfront park, a small commercial component and improvements to the the San Francisco Bay Trail and neighboring streets.
A city project description of the project is available here: TERMINAL ONE.
Questions can be directed to Richmond city planner Lina Velasco at 510-620-6841 or via email: LINA VELASCO. 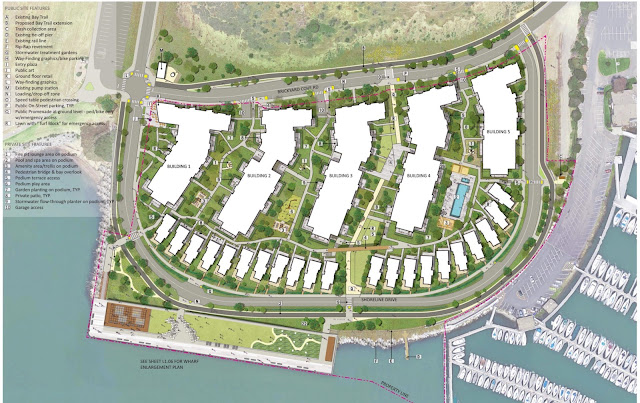 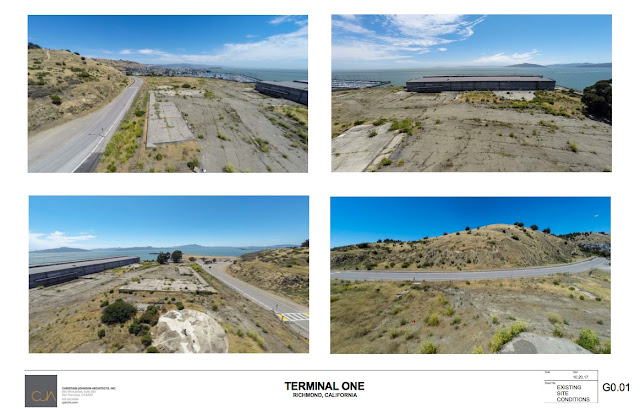 Posted by Michael J. Fitzgerald at 10:54 AM No comments:

POINT RICHMOND - Richmond's manager of the Office of Emergency Services offered some hair-raising observations Thursday evening about the fires that devastated much of the City of Santa Rosa and the Sonoma and Napa Valleys last month.
"One American Red Cross person said she saw that the flames covered a football-field-sized area in three seconds," Genevieve Pastor-Cohen told a meeting of the Point Richmond Neighborhood CERT at the Point Richmond Community Center.
CERT stands for Community Emergency Response Team.
Pastor-Cohen joined the Richmond City staff in April and is in the process of organizing emergency responses - including meeting with local CERT teams and coordinating efforts with emergency agencies such as those offered by Contra Costa County.
(LINK: Richmond OES office)
When she worked with the City of Oakland, Pastor-Cohen assisted with the emergency operations center set up to deal with the Ghost Ship fire.
Much of her one-hour talk centered on the recent Northern California fires which, she said, "Will be the subject of discussions for many, many months among emergency services managers" across the state.
CERT members also queried Pastor-Cohen about existing Richmond procedures for emergencies and what items should be kept in emergency "go bags" for residents.
A "go bag" is a satchel kept handy in case a house needs to be evacuated quickly.
In the Santa Rosa fires, some evacuees fled burning buildings without even time to put on shoes.
Pastor-Cohen said a good friend of hers lost her home in the Santa Rosa blaze. The friend returned the street where she lived as soon as fire crews said it was safe.
The house was gone, burned completely to the ground.
The only thing still standing was her mailbox at the curb.
When she opened the mailbox, it had one item inside - a bill from PG&E.