POINT RICHMOND - The Point Richmond Neighborhood Council Wednesday night voted to hold a special meeting specifically to discuss the proposed Bottoms Quarry project, a 270-unit development on six acres off Seacliff Drive.
The vote for a special meeting came after a presentation by representatives of the developer, New West Development Corporation of Las Vegas which owns 18.4 acres of property.
The new Richmond to San Francisco ferry "changed the dynamic" in favor of developing housing on the site, Todd Floyd, one of the developers told the PRNC.
That new ferry service is slated to begin in early 2018.

Numerous residents voiced concerns about increased traffic on Seacliff from the development.
The entrance and exit to the project would be onto the increasingly busy roadway.
"This presents a big problem for the community," resident Jeff Vines said.
The developers promised that a study of traffic impacts would be part of the planning process.
One structure is planned to be five stories tall with interior courtyard parking on each level. Because the entire project backs up to a tall hillside, no views would be blocked, Floyd said.
Housing unit prices are expected to range from the mid-$400,000s to mid $600,000s.

Floyd and fellow New West representative Terry Manley stressed that the project is still in the preliminary design stage, will require a full environmental impact report and approval by various City of Richmond officials including the city planning commission and the city council.
It will also need a general plan amendment and a rezoning, according to the Richmond Planning Department.
The property is currently zoned for parks and recreation use.
The PRNC's special meeting to discuss the project has not been scheduled. 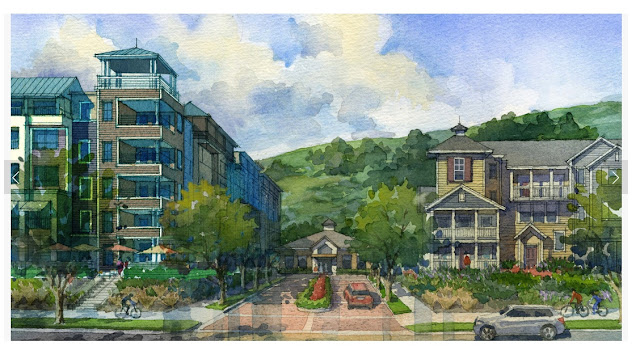 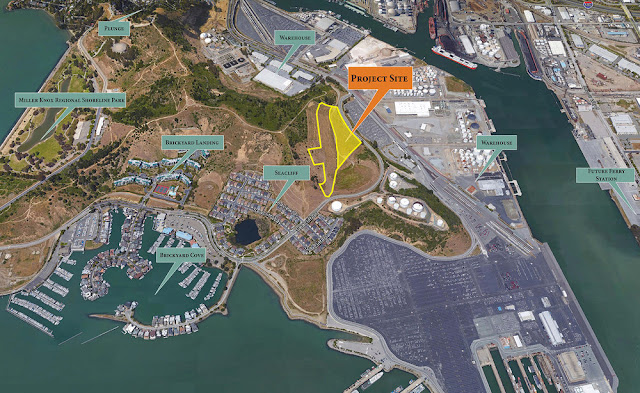 
Posted by Michael J. Fitzgerald at 9:03 AM No comments: