Literature Class by Richmond resident opens a window into Shakespeare

RICHMOND - By the time Janis Hashe moved to Richmond in September 2017, she had been teaching her class “Shakespeare for the Elizabethan Impaired” for more than 20 years. 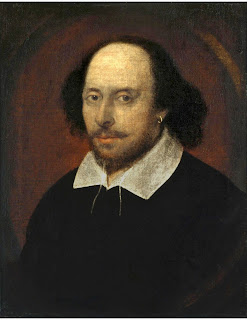 In addition to her career as a writer/editor (current stories can be found in both Oakland Magazine and The East Bay Monthly), Hashe has degrees in theatre arts from San Francisco State and San Jose State, is the former artistic director of Theatre of NOTE in Hollywood, and has taught theatre courses at the college level.  And she is a Bardolator from childhood.

“I was lucky,” she says. “I was always attracted to Shakespeare’s words, and I had excellent teachers who continued to inspire my interest. But many people end up being bored by Romeo and Juliet as high-school freshmen and never go back.” After hearing about this experience from one too many people, she created her class, which she says is designed for “those who hated Hamlet or loathed Lear in school — but now have decided they may have been missing something.”
She will teach it for the first time in the Bay Area starting Feb. 12 through San Francisco City College Extension, and is continuing to look for a good location in Richmond, as well.
The class begins by covering basics about Shakespeare’s life, and his theatre, including the types of language he used and what audiences he was writing for.  A Midsummer Night’s Dream, Hamlet, and Richard III are discussed as examples of a comedy, a tragedy, and a history play. “These are often performed, so students will be able to see them with more enjoyment,” says Hashe. “Once you get past the initial language barrier, a whole new world opens up.”
Students are able to bring in “Shakespeare News of the Week” to share, and can help read aloud in class if they choose. “The idea is to make class fun and entertaining, as well as informative. No tests of any kind!” Hashe promises.
Those who already love Shakespeare and simply enjoy discussing his plays are welcome, too. “I have found over the years that people take the class for a variety of reasons, and that makes for lively conversation,” Hashe says. “Even Marlovians are invited.”

Janis Hashe is also the author of the comedy-suspense novel, The Ex-Club Tong Pang, based partly on her adventures in Los Angeles theatre in the 1980s.

Posted by Michael J. Fitzgerald at 1:28 PM No comments: