POINT RICHMOND - The Point Richmond Neighborhood Council will hear an update from Carol Johnson of the East Bay Regional Park District about plans by BNSF railroad to move railcars through Miller Knox Park. 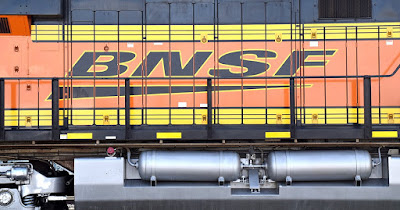 The meeting begins at 7:30 p.m. at the Point Richmond Community Center and is open to the public.
Johnson's report on BNSF's plans is scheduled to be given at approximately 7:45.
At an earlier meeting of the PRNC, Johnson informed the group of BNSF's plans. Tonight's report is an update and expected to have more details.
The full agenda for tonight's meeting is below. 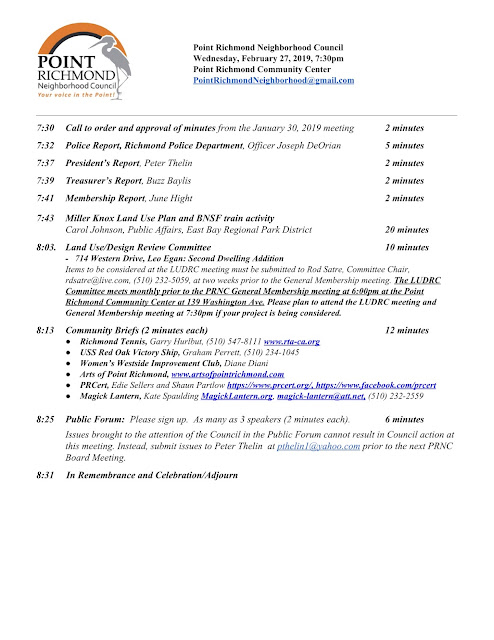 Posted by Michael J. Fitzgerald at 10:00 AM No comments: