New street striping, one-way streets - and maybe paid parking - ahead for the Point

POINT RICHMOND - The City of Richmond is circulating a survey to area residents in conjunction with the Point Richmond Neighborhood Council, outlining three possible options for improving parking in the downtown Point Richmond business district.
All three involve making Park Place a one-way street. One would convert Washington Avenue into a one-way thoroughfare.
Also under consideration - but not part of this survey - is a "paid parking pilot" program in which pay stations would be placed around the Point.

"We already have pay stations and mobile payment in the parking lots located in downtown and the 12th Street garage," Denee Evans of the City of Richmond told The Point. They "have been effective in increasing short term, on-street parking occupancy during peak hours."
Evans also said that with the two residential developments already approved (Terminal One and Shea Homes) - and a third 270-unit project in the city approval process - paid parking is likely needed to alleviate parking problems and congestion.
Here is a link to a Google docs survey put out by the city:


Comments about the survey, the options, paid parking or any other parking issues can be emailed to: Richmondparking@ci.richmond.ca.us

Below are sketches of the options presented in the survey. 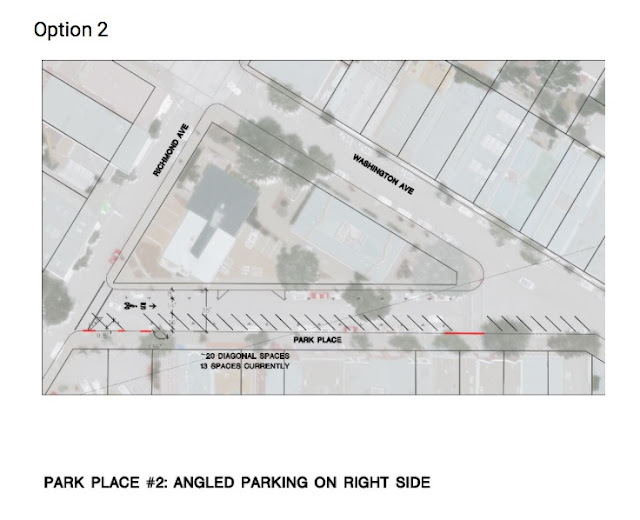 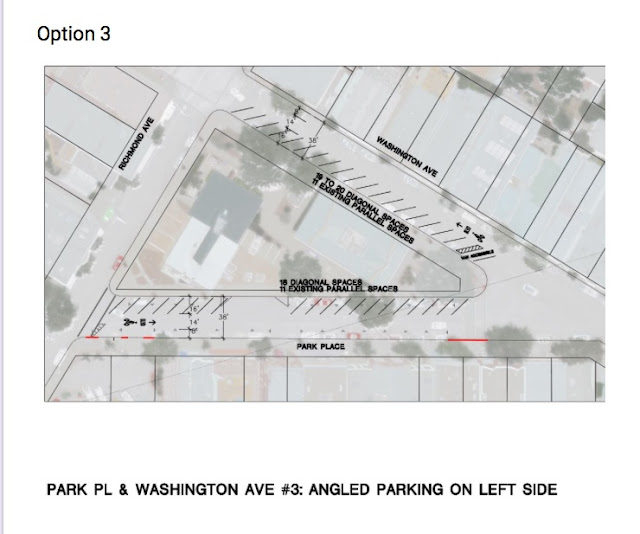 Posted by Michael J. Fitzgerald at 1:42 PM No comments: