RICHMOND - A 90-minute Richmond Planning Commission public hearing Thursday on the draft environmental impact report for the proposed 200-unit Bottoms Quarry residential project focused on two elements: a proposed general plan amendment and citizen concerns about unsafe road conditions on Seacliff Drive.
And today (Monday, Nov. 20) is the deadline for public comments is 5 p.m. They can be submitted via email to Lina Velasco.
The general plan amendment - being considered in tandem with review of the proposal - would change the designation from Parks and Recreation to medium density Residential.


Seacliff Drive Traffic Safety
Traffic engineer Sam Tabibnia told planners the project will add about 1,400 vehicles to the existing 2,000 that now traverse Seacliff Drive daily. He said most of that traffic travels at speeds between 42-45 mph.
Among recommendations for slowing vehicles down to the legal speed of 25 mph, the draft EIR suggests additional signs and narrowing the traffic lanes to 11-feet with three-foot shoulders.
That lane-shrinking recommendation was uniformly opposed by members of the public who gave testimony. 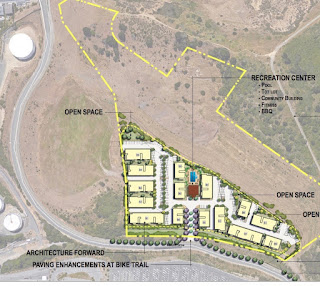 Jeff Vines, a member of the Brickyard Cove Alliance for Responsible Development testified that at a minimum a left-turn lane should be installed in front of the proposed entrance of the 200-unit development.
"We (BCARD) strongly recommend putting in a left-turn lane," Vines said.
Another speaker said the project entrance and exit should not be on Seacliff Drive at all, but off Canal Boulevard, crossing a small stretch of city-owned property yards from the Canal-Seacliff intersection.
"It's the only solution that makes sense," Gail Bourque said.
In comments after the public hearing closed, several members of the planning commission said they favor getting an outside traffic engineer to evaluate the dangers - and possible solutions - for Seacliff Drive.
"We are cognizant this is a serious issue," commission member Andrew Butt said.

The proposed change from Parks and Recreation to Residential was opposed by several speakers, most of whom pointed to an existing lack of recreational facilities and objected to removing any more potential recreation sites.
"This is a perfect spot for a lighted baseball or soccer field," Kathryn Dienst testified. 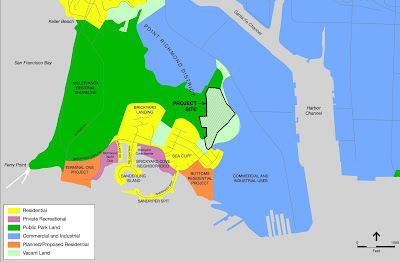 Dienst previously submitted detailed written objections to the rezoning to the city planning staff after the project was considered by the city Design Review Board. She recommended Thursday that the public get a chance to vote on the general plan amendment.
"This is spot zoning and you should not approve it," she said.
Another speaker - heavily involved in area youth sports - echoed the notion that recreational opportunities are in short supply.
"Removing Parks and Recreation land is not a good idea," Dave Price said.
Planning commission chair Marilyn Langlois said she was concerned about considering a general plan amendment change at the same time as reviewing the project.
She noted there is property in other sections of the city already properly zoned for residential construction, with no need for a general plan alteration.
"I am concerned that we are putting these two things together," Langlois said, adding that doing so might put the developers - New West Development of Las Vegas - at an "unfair advantage" to other potential builders.
She recommended that city planning staff - and/or the developer - obtain a letter from the East Bay Regional Park District indicating that the park has no interest in developing the property for recreational uses.
Commissioner Andrew Butt suggested that the draft EIR for the Quarry project should contain a review of the impacts of recreational use on the land as well as the proposed residential.
"We need to look at some solid evidence, he said.

Written comments on the draft EIR for the Quarry residential project will be accepted until 5 p.m. Monday by the city staff. The full EIR - which will incorporate comments from the public hearing, written comments and city staff comments - should be completed in early 2018. Following that, there will be more public hearings on the full EIR.
A copy of the draft Environmental Impact Report for the project can be accessed here: QUARRY PROJECT EIR.
Comments and questions can be directed to city planning staff member Lina Velasco via email here: LINA VELASCO. 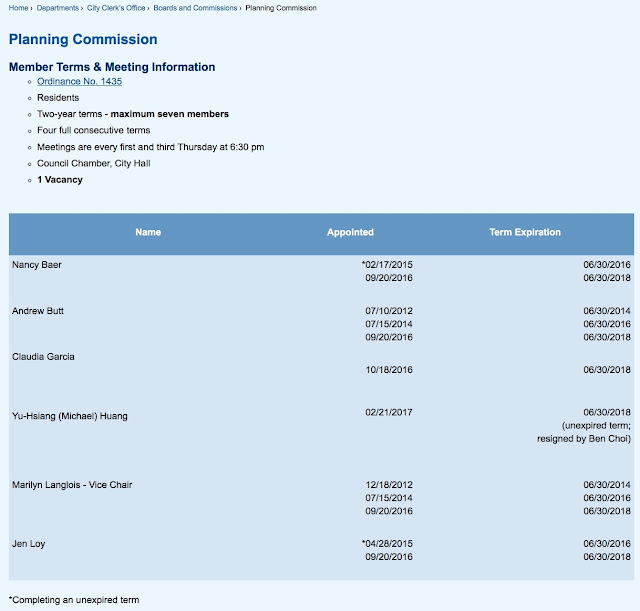 Posted by Michael J. Fitzgerald at 10:18 AM No comments: