From the East Bay Times


By Karina Ioffee
RICHMOND — A former industrial warehouse site will soon become live-work units and town homes, part of Richmond’s ongoing development of its shoreline that has drawn considerable interest from both home buyers and developers.
In late December, crews began work cleanup on the 10-acre property in the Marina Bay neighborhood and less than half a mile from the waterfront and a ferry terminal set to begin operations in 2018.
“We felt there was quite a bit of potential in this area and think the ferry will be a game-changer,” said Matt Hamilton, project manager with Development Solutions Seascape LLC, based in Newport Beach, which is developing the property. “It is one of the last relatively affordable areas in the core Bay Area ring.”
LINK to the rest of the story 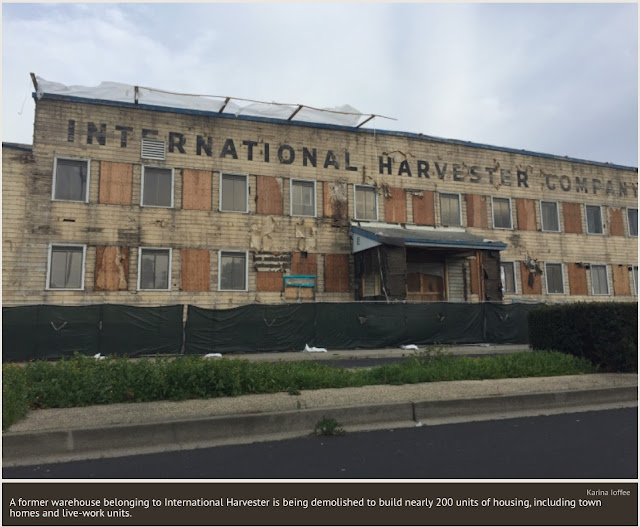 Posted by Michael J. Fitzgerald at 3:44 PM No comments: